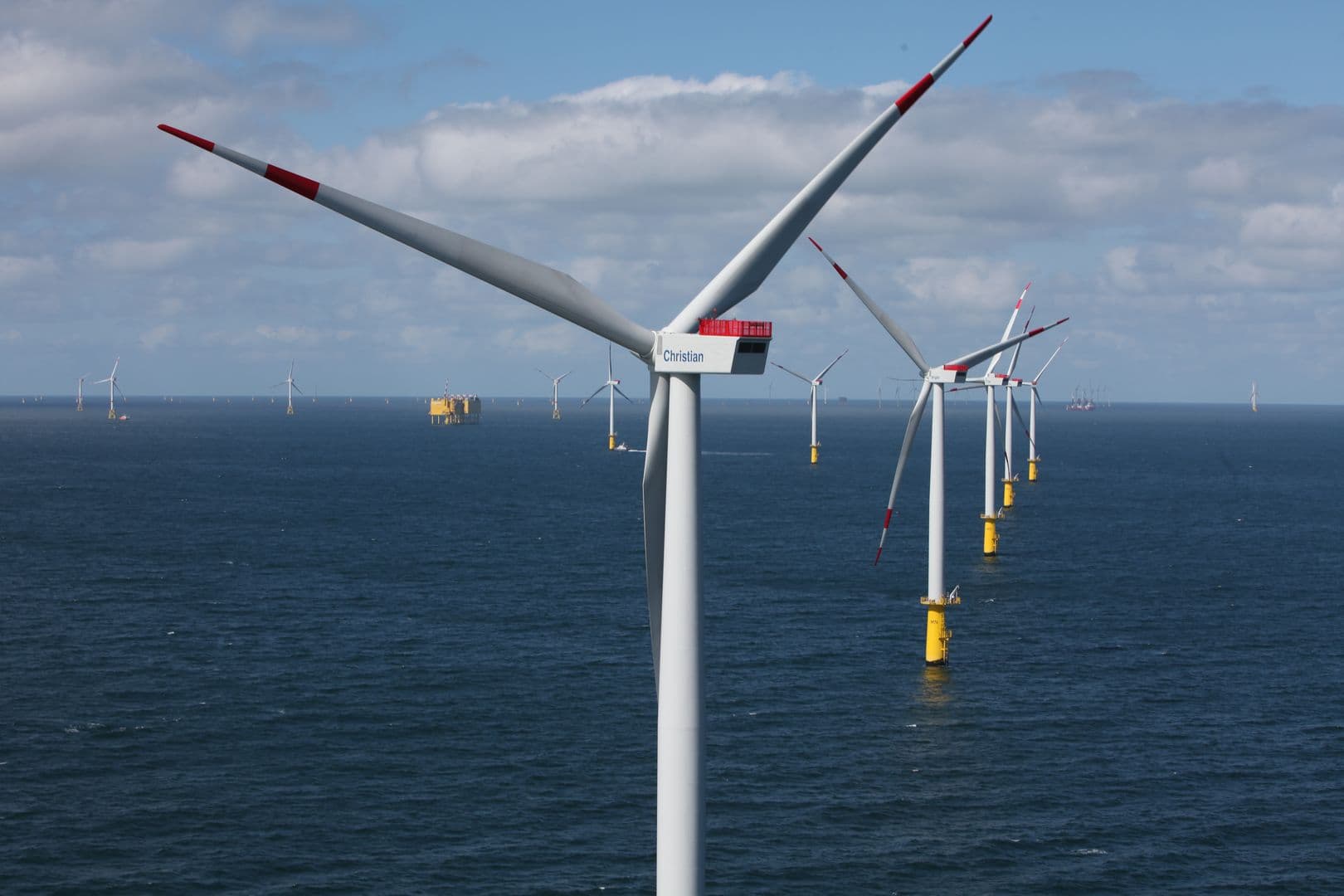 North Sea wind is becoming increasingly important for the success of the energy transition. TenneT is building 16 more offshore grid connections by 2030, increasing transmission capacity to around 29 gigawatts in the German and Dutch North Seas.

In the Netherlands, the TenneT offshore grid connections transmitted 2.38 TWh in the first half of the year, which was a good 30 percent more than in the whole of 2020 (1.82 TWh).  This is due to further expansion and the commissioning of the Borssele Beta offshore grid connection system in the second half of 2020. A further 1.5 TWh was fed directly into the Dutch TenneT grid onshore from Dutch offshore wind farms in the first half of 2021.

"The decline in offshore wind energy fed into the German grid is purely weather-related," said TenneT COO Tim Meyerjürgens, "there was simply less wind on the German North Sea in the first half of 2021 than in the first half of 2020," he said, adding that this was even more true for German onshore wind output, which fell by almost 22 per cent in the same comparison period - from around 60 TWh to around 47 TWh.

"Especially in years with less wind, the ratio of wind energy generated shifts towards offshore. There we generate on average about twice as many full-load hours as onshore and can thus partially compensate for lulls onshore. This shows the importance of the further expansion of offshore wind energy for security of supply and for a successful energy transition." - Tim Meyerjürgens, COO TenneT

At the same time, politicians are increasing climate targets and electricity demand expectations, which is leading to ever greater technical challenges for TenneT as a transmission system operator. TenneT is facing up to this and is working successfully and at full speed on further grid expansion on land and at sea. TenneT already operates more than half of all offshore grid connections capacity in the EU. By 2030, TenneT will realise 16 more and then provide almost 29 gigawatts of wind power transmission capacity in the North Sea. In the same period, TenneT will invest around 20 billion euros in the Netherlands and Germany for this purpose.

An important focus at TenneT is on increasing the efficiency of the offshore connections and their future interconnection. To this end, solutions like the North Sea Wind Power hub programme with integrated interconnection solutions will be a major, important step forward. TenneT is part of a consortium working on this with the aim of having a first project ready for operation in the early 2030s.

Tim Meyerjürgens: "In order to achieve the increasingly ambitious climate and expansion targets in Europe, our constant technical innovations are leading the way. The expansion steps in the offshore grid from 700-megawatt AC and 900-megawatt DC connections to future DC connections with two gigawatt capacity give our projects the necessary thrust for a successful energy transition. And we need more bold ideas to consistently develop and improve the offshore grid."

At TenneT, this also includes measures that reduce CO2 emissions. For example, an LNG-powered laying vessel has now been used for the first time in the laying of offshore power cables during the construction of the DolWin6 grid connection project. The next deployment of this vessel is already in preparation at TenneT.

In the German North Sea, the maximum value of the feed-in capacity of offshore wind farms in the first half of 2021 was measured on 29 January at 6,357 megawatts (MW).

In the German North Sea, the capacity expansion of offshore wind farms is stagnating. Capacity has remained unchanged at 6,679 MW since 2020.

*) Financially supported electricity quantities according to EEG, without other direct marketing and including 0.063 TWh unremunerated, due to negative prices; for 2021 as provisional actual value. Onshore electricity volumes are integrated as preliminary estimates for the months of May and June 2021.