The European Investment Bank (EIB) is providing electricity transmission system operator TenneT with a senior loan of €450 million. The project comprises the construction of a 185 km long electricity transmission corridor — the Ostbayernring — connecting Redwitz to Schwandorf in the south-east of Germany. The project is part of the federal grid expansion plan that aims to increase the grid’s capacity and prepare it for better integration of renewable energy.

There has recently been a significant increase in the renewable energy available in the northern parts of Germany near the North Sea and the Baltic Sea, while several thermal and nuclear power plants in Bavaria have been shut down. The existing grid structure has to be adapted to the challenges of transporting energy from north to south, but also within the regions.

The Ostbayernring will play a key role for the Oberfranken and Oberpfalz regions. Along its route, there is already often significantly more energy produced from wind power and photovoltaic plants than is needed locally. In the future, this green energy will be transported to the major centres of consumption. It is an important step for the energy transition and security of supply.

As the existing structure would not be able to fulfil the security of supply criteria in the future without enhancement, the capacity of the transmission network between Redwitz and Schwandorf must be increased. As the project supports the integration of renewable energy, the loan is eligible for climate change mitigation under the EU taxonomy criteria.

The project will deliver excellent economic benefits, as it will help reduce the current, significant grid management costs caused by the existing bottleneck. In the future, it will also set the conditions for increases in cross-border transmission capacity with the Czech Republic, thereby strengthening the European energy system.

The EIB and Tennet, the only cross-border electricity transmission system operator in Europe, are long standing partners. With this 9th loan, the overall EIB financing of projects with TenneT has increased to €2.1 billion. In Germany it`s the third transaction, including Nordlink, interconnecting Norway and Germany across the North Sea, as well as connecting Offshore windfarms to the German grid.

EIB Vice-President Kris Peeters said: “The new electricity line is crucial for the integration of an increased amount of regenerative and volatile energy into the power grid in Bavaria. The EIB is proud to continue the longstanding partnership with Tennet by supporting their first green-loan project. The upgrade of the Ostbayernring will help reduce greenhouse gas emissions in Germany and benefit energy-security in Europe as a whole.”

TenneT Chief Financial Officer Arina Freitag added: “We welcome the fact that EIB is once again underlining its commitment to our grid expansion projects and thus to the energy transition. The Ostbayernring is a good example of how sustainable financing can strengthen security of supply and the green transformation of an industrial region at the same time.”

The European Investment Bank (EIB) is the long-term lending institution of the European Union owned by its Member States. It makes long-term finance available for sound investment in order to contribute towards EU policy goals. The EIB’s activities focus on the following priority areas: climate and environment, development, innovation and skills, small and medium-sized businesses, infrastructure and cohesion. The EIB works closely with other EU institutions to foster European integration, promote the development of the European Union and support EU policies in over 140 countries around the world.

TenneT is a leading European grid operator. It is committed to providing a secure and reliable supply of electricity 24 hours a day, 365 days a year, while helping to drive the energy transition in its pursuit of a brighter energy future — more sustainable, reliable and affordable than ever before. In its role as the first cross-border transmission system operator (TSO) its designs, builds, maintains and operates 24 500 km of high-voltage electricity grid in the Netherlands and large parts of Germany, and facilitates the European energy market through its 16 interconnectors to neighbouring countries.

For more information on the project: tennet.eu/de/projekte/ostbayernring 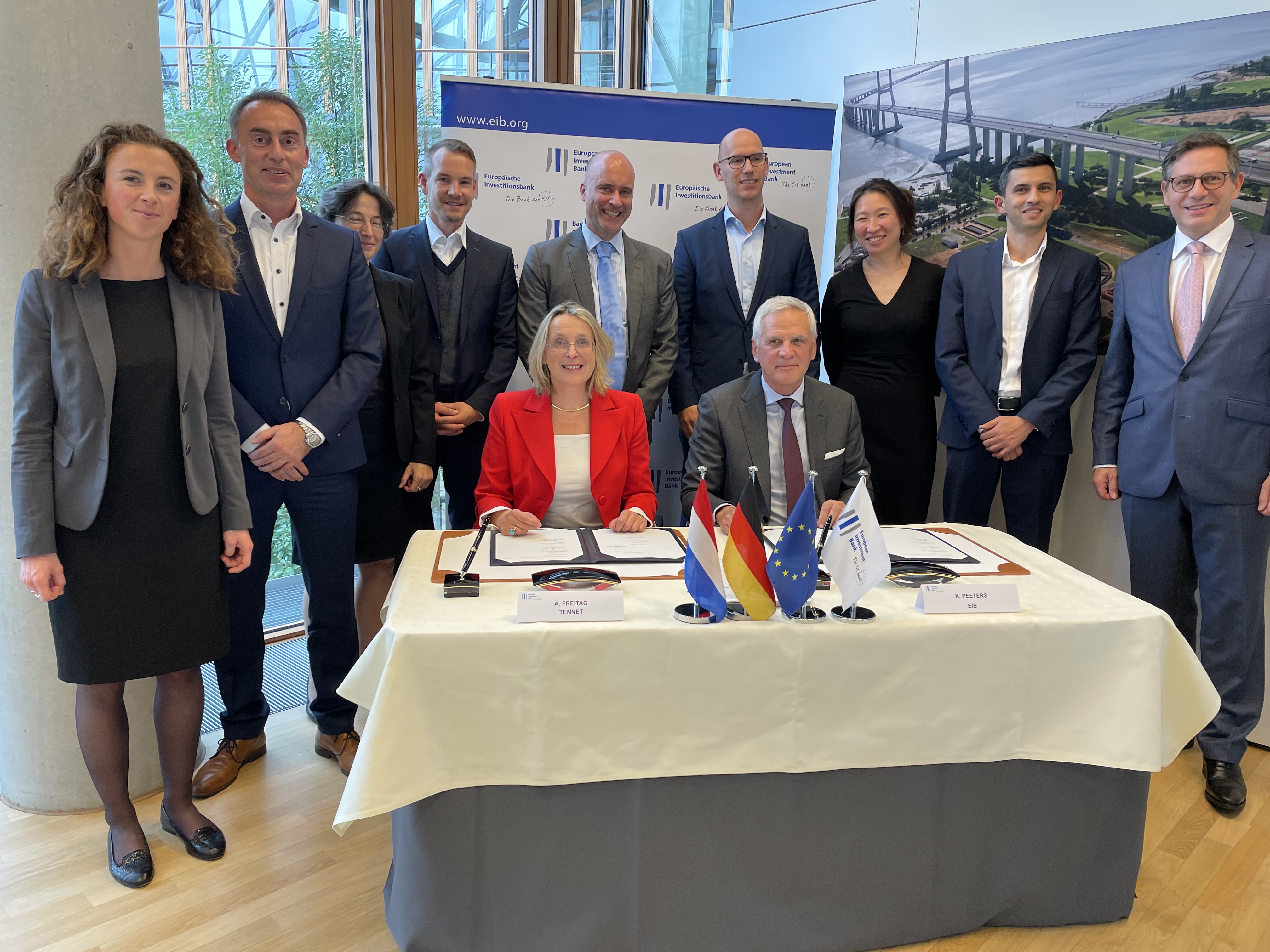