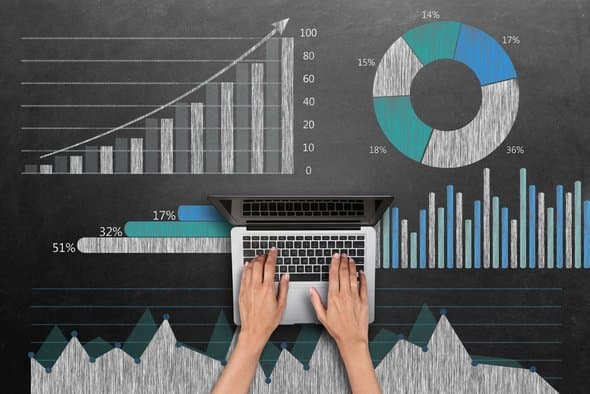 How much of an average household's energy bill consists of the tariffs of the high-voltage grid? How are the tariffs that TenneT may charge its customers determined?

The electricity bill of a household in the Netherlands

A household pays the full electricity bill to its own (self-chosen) energy supplier. The supplier passes on the grid fees to the low and medium-voltage grid operator, such as Liander, Stedin or Enexis. Most of this revenue is used by these distribution system operators (DSOs) to maintain and expand their own grids. In turn, however, they also pay for the use of TenneT's (extra) high-voltage grid. This method of distribution, where the costs of using a grid level with a higher voltage are allocated to a grid level with a lower voltage, is referred to as the cascade principle or cascade model.

The exact distribution of costs depends on a large number of factors and therefore differs from one household to another. Roughly speaking, an average household pays about 40 - 45% of its electricity bill for the electricity itself, i.e. the costs incurred by the supplier for the generation or purchase of electricity. Approximately 25 to 30% of the electricity bill consists of taxes, such as energy tax and VAT. The remaining 30% are grid fees. The supplier transfers this amount to the relevant DSO. In turn, the DSO pays TenneT a portion of these costs, corresponding to roughly 5% of the total electricity bill of the household, for the use of the (extra) high-voltage grid.

TenneT NL also operates the offshore electricity grid in the North Sea, which connects the large offshore wind farms to the national (extra) high-voltage grid. For the costs of the offshore grid, a distinction is made between phase 1 and phase 2 of the 'offshore wind energy road map'. The costs of phase 1 will be reimbursed by a subsidy from the Ministry of Economic Affairs and Climate. In 2022, the phase 2 projects will be paid for through grid fees (i.e. by grid users), but a final decision on this had not yet been taken at the end of 2021.

Rates of TenneT's customers in the Netherlands

Not only distribution system operators (DSOs) , but also several large companies have a direct connection to TenneT's (extra) high-voltage grid. All of these customers pay for the transmission services the rates that the ACM sets in the Annual Tariff Decision. In the autumn of each year, the rates for the coming year are calculated. TenneT hereby submits a tariff proposal, and the Consumer and Market Authority (ACM) eventually publishes the tariff decision on its website, including an Excel file with the underlying calculations. The allowed revenues, the network breakdowns, the expected transmission volumes and the final tariffs are all publicly available on the ACM website.

TenneT operates electricity grids on two grid levels: the 110 kV or 150 kV ) high-voltage grid (HV) and the 220 kV or 380 kV extra-high-voltage grid (EHV) Customers with a connection to the EHV grid pay different grid fees than customers on the HV grid, but the structure is the same.

The invoice of a TenneT customer consists of several so-called tariff elements. These are the components of their electricity consumption to which a tariff is linked.

The starting point for the tariff decision agreement is the maximum revenue that TenneT may receive for its transmission and system tasks. Using an estimate of the (peak) capacity a client will need in a given year (the so-called calculation volume), this maximum allowed revenue is distributed across the tariff elements.

Just like households, large companies and DSOs pay a standing charge, which is independent of their energy consumption. With the collected standing charges, TenneT covers those costs that are not dependent on the actual transmission of electricity.

Unlike households, TenneT's customers do not pay for each kWh of electricity purchased, but for the maximum capacity (peak load) they need per year and per month. TenneT must ensure that the (extra) high-voltage grid can facilitate this peak load. The expected annual peak of a TenneT customer is referred to as kW-contracted, and the (sum of the) monthly peaks as kW-max.  The grid fees for kW-contracted and kW-max. are set in such a way that each raises exactly half of the total revenue per grid level.

In 2022, TenneT is projected to raise about €468,5 million as revenue at the EHV level for transmission-dependent costs, i.e. in addition to the standing charge. Since 91.8% of TenneT's load takes place at the HV level, and these customers also use the EHV network, 91.8% of this €468,5 million is passed on to the customers at the HV level, according to the cascade principle. The remaining 8.2% charged to customers at the EHV level corresponds to €38 million.

At the HV level, TenneT will be able to raise nearly €380,5 million in revenue in 2022, plus more than €430 million passed on from the EHV level. This brings the total revenue at the HV level to more than 810,5 million euros.

This brings TenneT's total revenue in 2022 to 849 million euros.

The grid fees were then set in such a way that the expected revenue per grid level corresponds to the maximum revenue that TenneT is entitled to receive, taking into account the distribution between the different tariff elements. If, afterwards, it turns out that the revenue actually deviated from the allowed revenue because the volumes were different from those forecasted, the difference will be settled in a later tariff decision. As a result, TenneT always receives the revenue allowed by the ACM.

From costs to allowed revenue

The ACM does not determine how or on what basis TenneT may spend its money, but it does determine what results must be achieved in terms of, for example, quality and reliability. This is referred to as output regulation, whereby market forces are imitated by limiting TenneT's tariffs and thus its revenues, while at the same time imposing requirements on the results to be achieved. This encourages TenneT to work as efficiently and effectively as possible.

The calculation of TenneT's transmission tariffs starts with the revenue that TenneT is entitled to receive that year. To that end, the ACM issues a Transmission Services Method Decision and a System Services Method Decision (in Dutch: https://www.acm.nl/nl/publicaties/methodebesluit-tennet-transport-2022-2026) every 3 to 5 years. The period covered by the method decision is referred to as a regulatory period.

At the start of a regulatory period, TenneT's costs in a so-called base year or years are considered. For example, for the regulatory period from 2022 to 2026, the years 2018-2020 has been designated as the base years for the incurred costs. Based on the costs incurred by TenneT in the past, it is predicted how the level of costs may evolve during the regulatory period on the basis of a number of factors, including:

TenneT may earn a reasonable return on its invested capital. To this end, ACM determines a weighted average cost of capital (WACC) based on the expected costs of debt and equity.

The regulatory method is based on an annual improvement in productivity resulting from, for example, technological progress and changes in purchase prices. The assumption is that in the future less costs will have to be incurred for the same results. This shift is called the limit shift and is generally applied as a discount on the allowed revenues.

The international TSO benchmark compares European Transmission system grid operators. The results of this benchmark are used by ACM to determine TenneT's static efficiency, i.e. how much more efficient TenneT could be compared to the 'best' TSO.

Once the parameters have been established in the method decision, the ACM calculates the so-called x-factor. This is the percentage by which TenneT's total revenues increase or decrease during the regulatory period. The x-factor is defined in an x-factor decision. 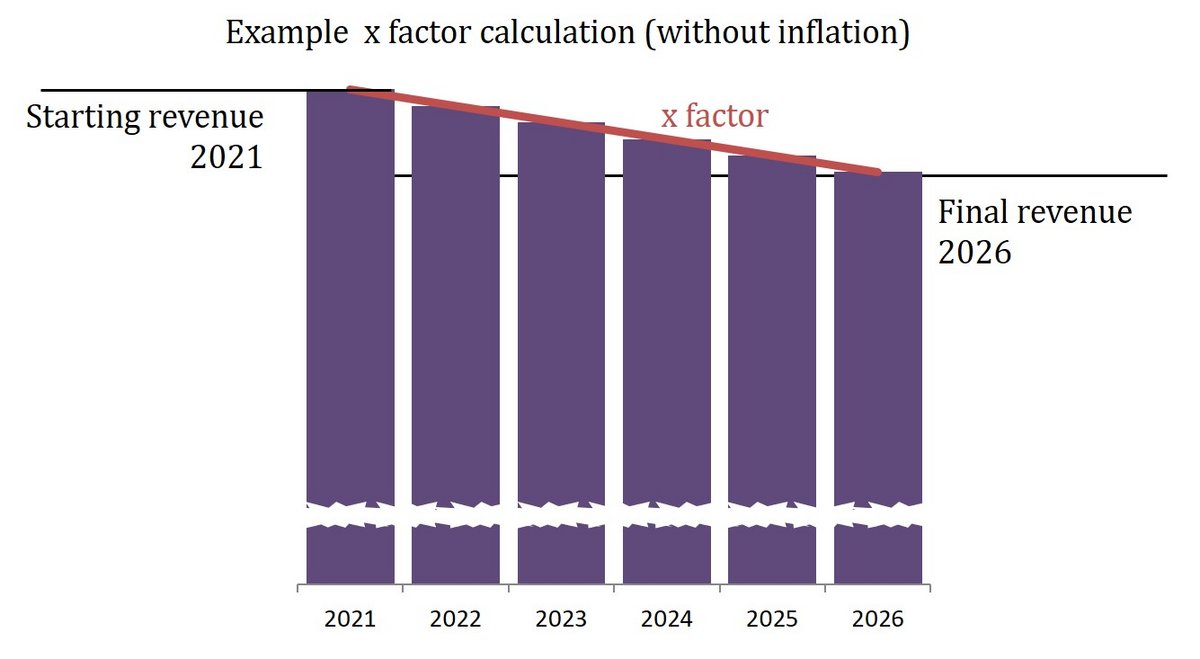 The method decision and the x-factor decision are valid for the entire regulatory period. Every autumn, when TenneT's grid fees for the coming year are set, the allowed revenues that are calculated using the x-factor and the consumer price index are taken as a basis. Subsequently, a number of corrections will be made to the tariff decision. For example, TenneT is reimbursed for the cost of capital for major expansion investments already during the construction phase. These are added annually to the authorised revenue before the final tariffs are calculated. The tariff decision also includes the costs of purchasing energy and power for TenneT's system tasks, such as control, reserve and emergency power. This is done on a so-called "t+2" basis, i.e. the costs from a given year t are included in the tariffs two years later (t+2).